Grown in photographic environment tanks to parents, who still continue the activities for, after studies is dedicated to the work of professionally photographer. Has worked alongside Maurizio Galimberti, experience important for its growth, whit Antonio Guccione in the world of fashion; in this juncture Corbetta has found in direct contact with important characters, with whom he worked in advertising campaigns and has friendly “rested” for Alviero Martini. 2000 was a key year: meets Franco Fonta... [Continue reading] 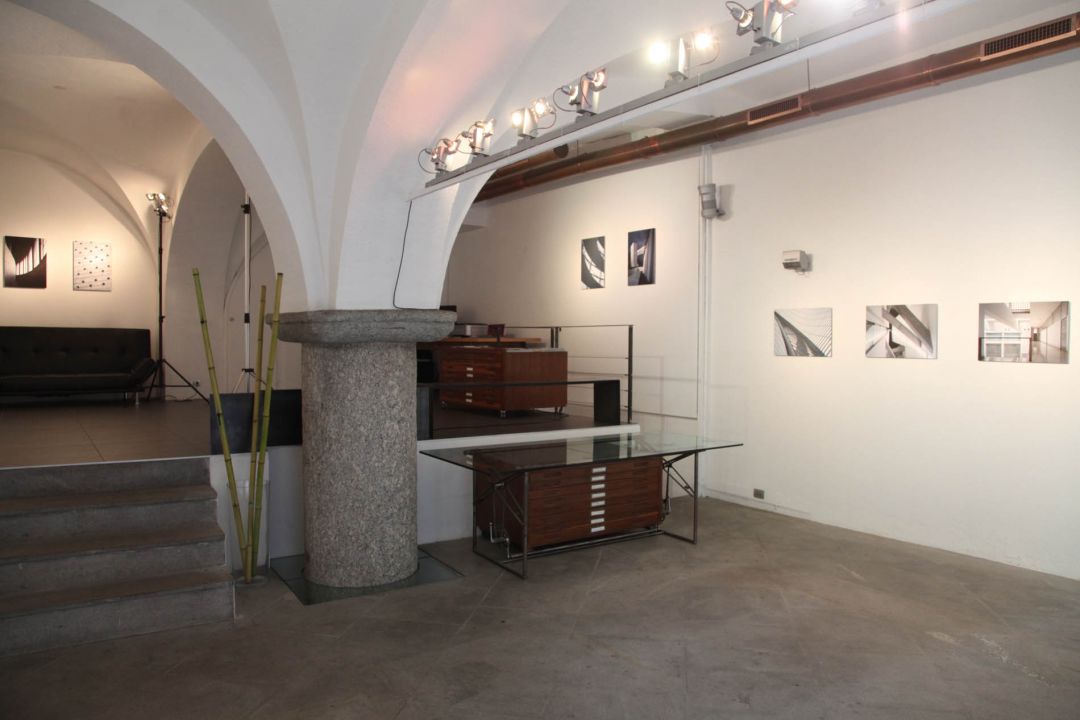 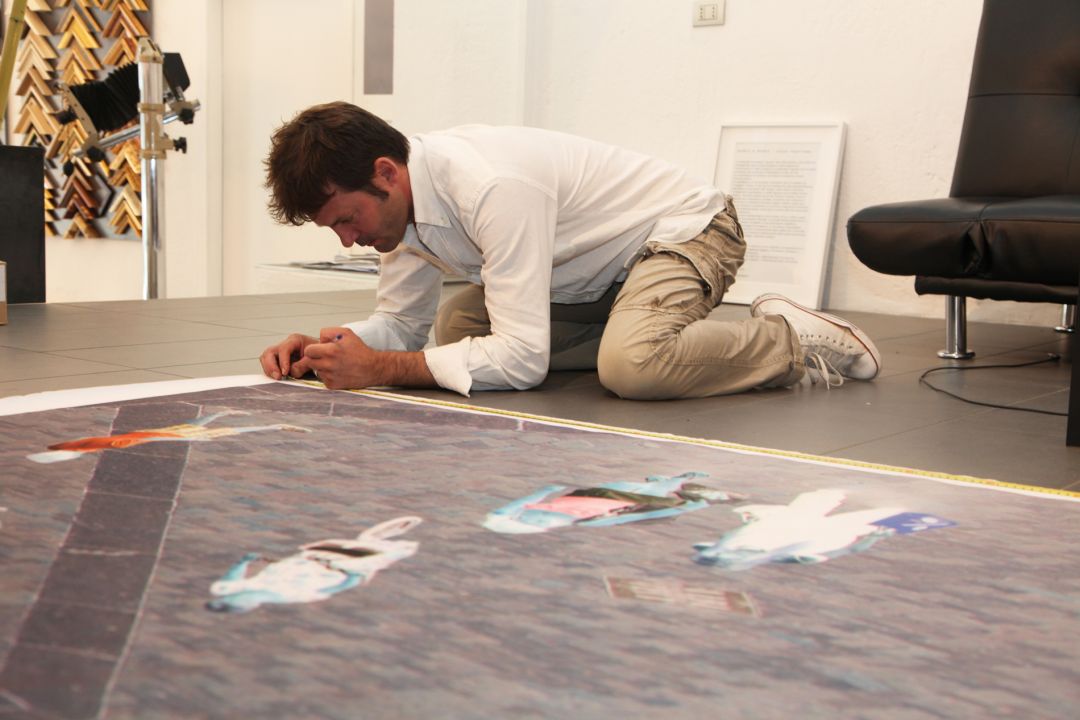 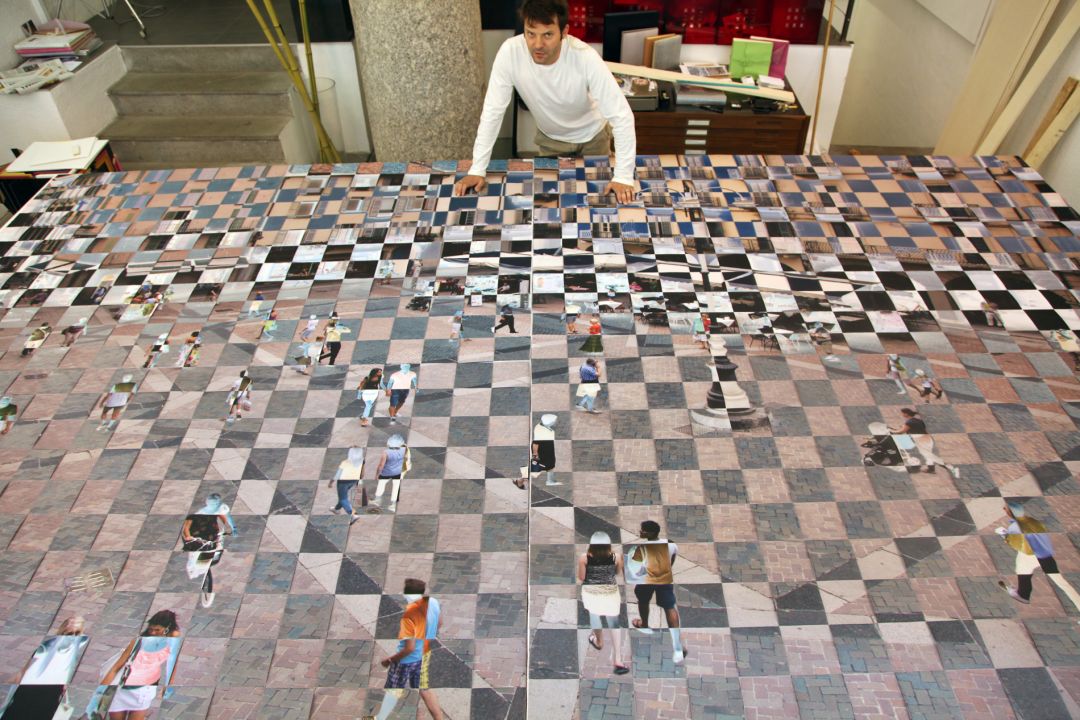 All artworks by Francesco Corbetta 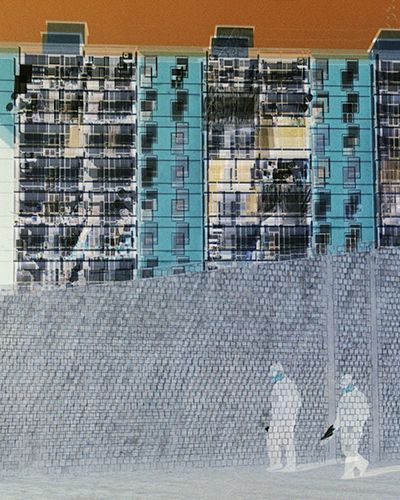 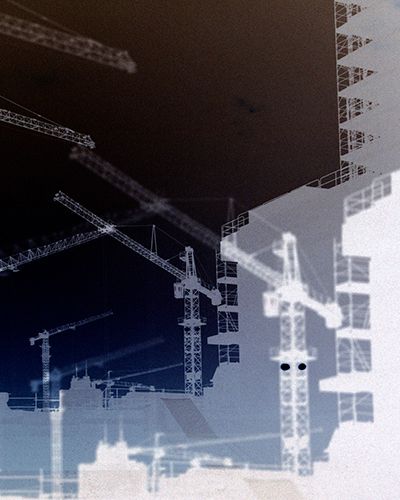 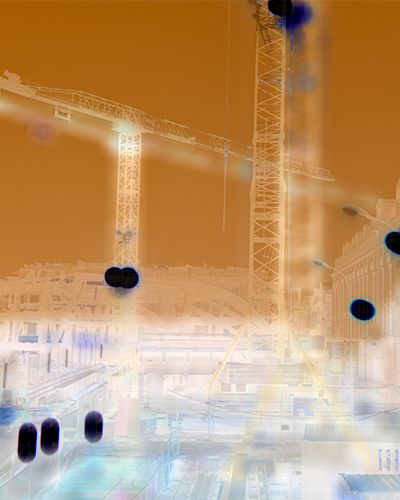 Grown in photographic environment tanks to parents, who still continue the activities for, after studies is dedicated to the work of professionally photographer. Has worked alongside Maurizio Galimberti, experience important for its growth, whit Antonio Guccione in the world of fashion; in this juncture Corbetta has found in direct contact with important characters, with whom he worked in advertising campaigns and has friendly “rested” for Alviero Martini. 2000 was a key year: meets Franco Fontana, which by great teacher starts it in a path “creative adventurous”: for adventure photo I mean the courage to break the rules. Fotographing in a creative does not mean illustrate but reinvent. Some of his photographs are kept at the italian centre of author photography, the civic gallery of Modena and the Pinacoteca of Como.

- The dream of a psychedelic city, Diamond Gallery, Morcote Lugano, by Roberto Borghi

THE SUSPENDED CITY  By Roberto Mutti

When many years ago Christo came to Milan and packed the statue of Leonardo located in front of the Teatro alla Scala many protested (contemporary art has a characteristic, it let stupid people come out) also by those who didn’t remember who was the artist of that monument. Often we all look but we don’t observe, we get an information but we don’t understand if something is hidden to us, we know that something is missing but we cannot say what is missing and Christo meant to reach this point with his provocation. Anyway nothing changed and still now our cities look all the same to us and only when a shop after many years change the owner or a palace is renovated, we realize that a city is a place that always changes, that is the rule. Instead photographers captured every aspects and thanks to them we can look at the world in a more attentive way, in this specific case, the articulation of the places where we live. Francesco Corbetta follows this idea with strength and devotion working in the same moment on a classic technique – the use of analogic photography and the accurate shot – and on a contemporary aesthetics. To reach this goal he make a simple operation that is to print not the positive but the negative, the result is rigorous in his light dryness. The lines, the structures, the geometry emerge and the multiple exposures exalt the dynamism: it is an operation “to reduce” and you can see it in the chromatists, in a combination of the primary colors which impressed the observer, he is put in a pleasant atmosphere, away from the chaos of the streets and close to a suspended dimension in which even the noise seems soft. Francesco Corbetta gently take us in this travel in a urban city that seems to be made of crystal, crossed by the light, suspended in a unexpected lightness.

A HAPPY SWIMMING  by Roberto Borghi

During the realization of this cycle of works dedicated to the cities, Francesco Corbetta seems to have been inspired by tory of film editing developed by Ejzenstejn. According to the great Russian director, the process of making a film as a function similar to the Japanese language. As the combination of two ideograms generate a term whose meaning is not just the sum of the two meanings, so the assembly of two framing produces a third image, completely new from the first one. Also in the works of Francesco Corbetta the superposition on two or more photos give us a view of a city that no longer seems the same. Acid colours, scenes pervaded of a strong dynamism, the multiplication of points of view: it seems that the topic of the artist is focused on desire, rather than on the reality. And if instead he had caught a possible identity of this city? As documented by previous works, Francesco Corbetta considers the image as an object to disassemble and reassemble with alienating perspectives. All of its photos have the structure as a puzzle in which the gap between the single pieces is determined by the colour. Also in these photos the city is split into fragments, in details marked by particular shades. Put together the different pieces means rebuilding the chromatic structure of urban dimension. Francesco Corbetta seems to prefer oblique cuts. Not necessarily a reversal, but also only the rotation of some tens of degrees of the axis of vision change our relationship with the familiar context. Shooting is performed with negative film, the “picture photo” is identical to the original negative, the only intervention in post-production is the inversion of colors.